How to setup an AWS Site-to-Site (S2S) VPN Connection

What is AWS Site-to-Site VPN ?

In this lab, since we don’t have a (remote/ on-premises) network we will be simulating a corporate network in AWS itself. We will be creating a VPC in the Mumbai region and launch an EC2 instance with Openswan which will act as an Public Router of the on-premises network.

In N.Virginia Region we will create a VPC with an EC2 instance launched in Private subnet and will connect both networks using VPN site-to-site connection. 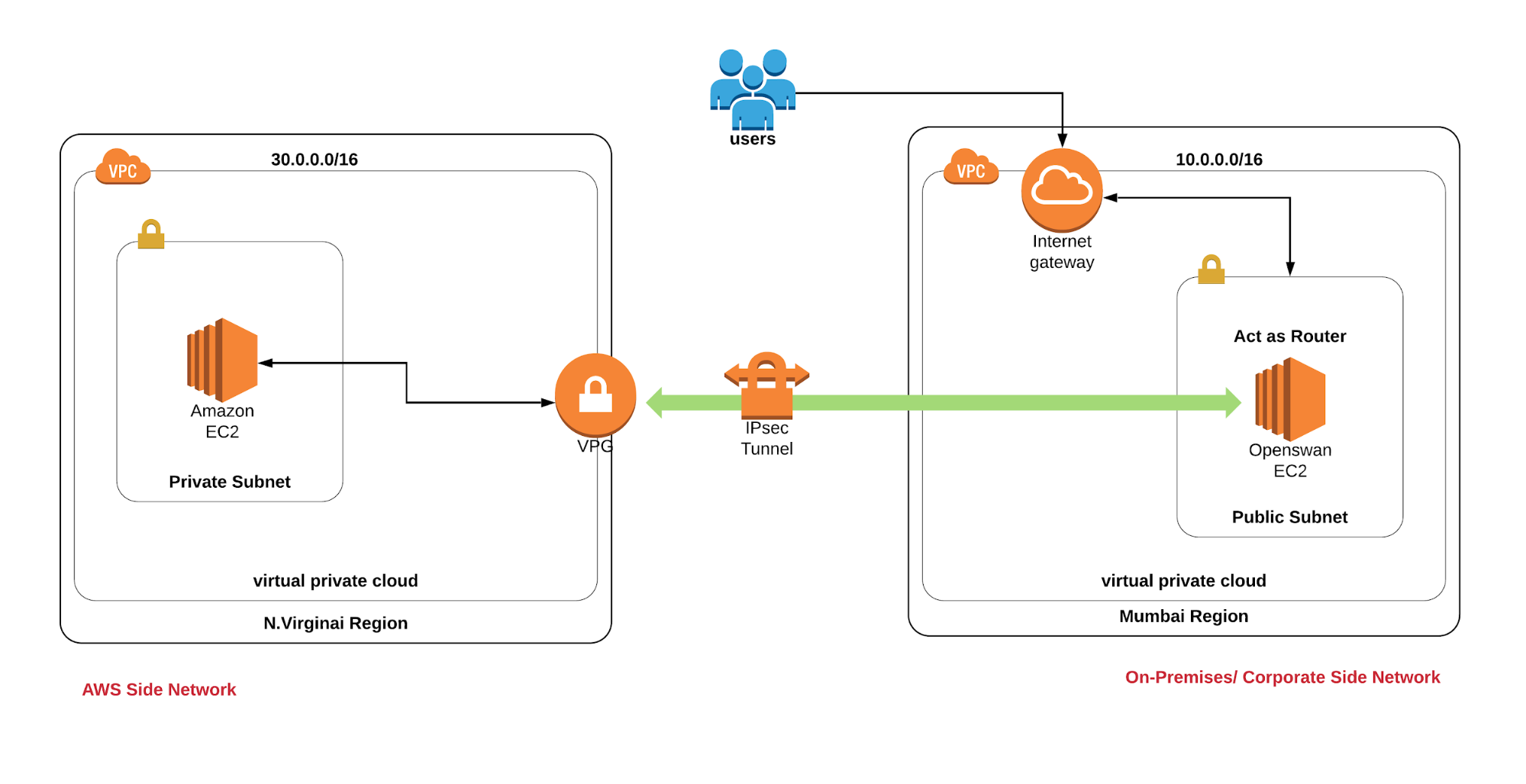